Home
Products
About Us
Factory Tour
Quality Control
Contact Us

Changzhou Hydraulic Complete Equipment Co., Ltd. is located in No. 1 Xinhui Road, Wujin National High-Tech Industrial Zone, Jiangsu Province. The company covers an area of 93,333 m² where the building area is 68,000 m². Changzhou Hydraulic is the cooperative partner of domestic and international well-known hydro turbine manufacturers for thermal spray coating on the hydro turbine parts. It achieved the super-large hydraulic hoist production and design permits which were issued by Chinese Ministry of Water Resources. It was nominated as one of major manufacturers for hydro-power equipment by China Renewable Energy Engineering Institute and China Power Complete Equipment Co. Ltd. It is the manufacture center of tensional compensator for Chinese Marine and Oceanographic Engineering; and Changzhou Hydraulic is also a production base and R&D center for servomotors of hydro turbine.

Since ‘New Sea Tiger’ was put into use in 2006, our company has manufactured cylinders for several self-propelled trailing suction dredgers (such as ‘New Sea Dragon’, ‘New Sea Phoenix’, ‘New Sea Slug’ and ‘Communication’ etc.), which has made great contributions for the national land reclamation projects. Since 2005, our company has assorted all hydraulic cylinders for eleven trailing suction dredgers of 13500m³, 13000m³, 16888m³, 15000m³, 5000m³, 9500m³ etc., which solves the primary predicament that cylinders must be imported from abroad. In 2009, company supplied cylinders for 4500 cubic self-propelled trailing suction dredger ‘Sky Whale’ of Tianjin Dredging Company, which was the biggest in Asia. In addition, company also supplies cylinders for various kinds of ships. These cylinders are used in different applications such like sludge barge, pile driving barge, marine crane, lifeboat, rudder, anchor and hatch cover etc.

In 2009, our company assorted hydraulic and electric control systems for China Energy Engineering Group Co., Ltd., and was successfully lifting the CNOOC oil platform with a total weight of 5,500 tons, which broke the history that these projects had been only assorted by foreign enterprises, and reached the goal of independent research and development, and domestic procurement for the first this type of oil platform. This project had been evaluated as the Jiangsu’s first set of major and key part project, and also the Chinese National Torch Program project. At the same year, the company had successfully provided 150MPA high pressure hydraulic cylinder for nuclear power station, which broke through the bottleneck of manufacturing this kind of hydraulic cylinders.

Changzhou Hydraulic has a computer network control center for control and management of the production process, it also has an advanced R & D team and independent new product design and development capabilities. More than 50 products have ‘Utility Model Patent Certificate’, seven of which are patents for invention. It achieved GB/T19001-2008/ISO9001: 2008 standard design, development, manufacture, installation and service quality system certification, and has AAA grade credit certificate, which issued by the International Credit Assessment Center of Jiangsu Province. The company builds a good reputation and higher visibility in both international and domestic market, it is a qualified supplier for lots of world well-known brands. As the "key supplier" of HEC Group, in October 2009, the company was awarded the golden medal honor of ‘Cooperative production achieves fruitful results in Three Gorges Project’.

After years of production and service process, the company has a quality management system and advanced testing process, and gain enough experiences for independent designs, manufacturing, installation, on site operation and maintenance. The company’s ultimate goal is adhering to the full service concept with pre-sales, sales and after-sales to make quality guarantee and customer satisfaction. The company will try best to provide more intimate and friendly service to every customer, and safeguard the interests of customers. 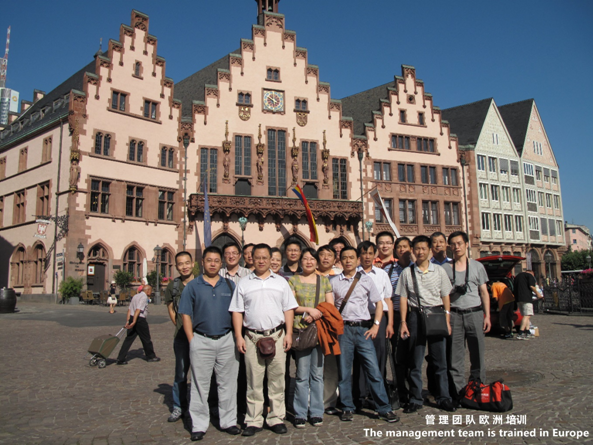